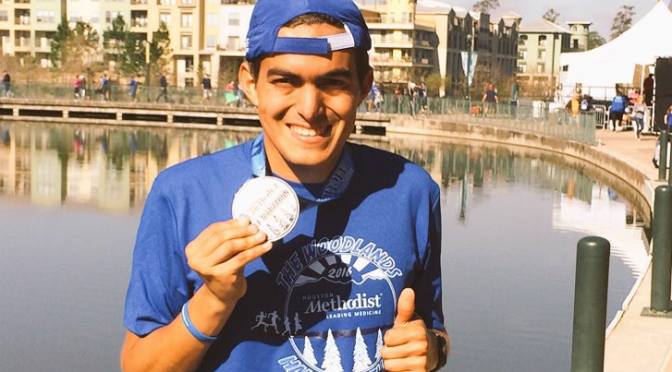 It has been a long journey but now I am only five weeks out of what could be the best day of my life. No, I am not getting married, but I am hoping that five weeks from today I can call myself a Boston Marathon Qualifier.

What has changed since the day I started training? Everything has changed since I got back into running by the end of october. If you asked me back then if the goal of running a sub-three hour marathon was possible, the answer may have been, no.

November was my first month of formal training. I was still working long hours but managed to get three-four runs during the week. I managed to train for a half marathon but sometimes even running five miles was a struggle. Knowing that I wanted to run a marathon in April and do the best one ever was still a pretty crazy idea.

When I ran my seventh marathon, back in March 2015, I promised myself not to do another one for at least a year. Give my body some rest, recover from a serious injury and then think about another one. That was the first smart decision of this whole training process. That is really when the preparation for this next race began.

I avoided getting back into formal running during the summer. I waited for the weather to cool down a bit and it worked out. As I said, November was good, but December was even better. I was able to log 100 kilometers that month by the last day of the year. It was nothing compared to what was coming but it was a milestone in the process.

Training for this next marathon has been a unique experience by itself. I looked for training programs but was not convinced about following one. I then took another smart decision. Listen to your body, most coaches tell you that but barely any of them let you work based on that. I knew that if I wanted to feel comfortable with the process, I could not go by what a sheet of paper told me to do.

I did some research about techniques used by athletes that want to run in the same timeframe I want. I combined that with what I know I can do and the rest is history. These last two months have been amazing. I am  hitting my goals in distance, pace and strength like never before. I rest when I feel it is needed, I push the pace when needed and take it easy when needed. I overtrain once a week but just to the point I know I can recover quickly.

To make sure everything was working out, I needed to have some sort of checkpoint. After some analysis, I decided that the Woodlands Half Marathon was the place to do it. A flat course with similar characteristics to the one in Rotterdam. My goal was to run a 90 minute half-marathon without pushing myself to the limit. I wanted to feel like I could go further once the race ended.

The week leading up to this race was also unique. I was coming off my highest mileage month in the program. Six days before the race I was out going for 19 miles at a solid pace in a very humid place. I had to recover, travel and be ready for The Woodlands shortly after. In the next five days, I really reduced my mileage and felt that a sub-1:30 half-marathon was really possible.

Go easy in the first mile, stick with someone in the next two-three miles and keep the pace for the next nine. Try not to run by yourself and within yourself. By that I mean, running within what you feel comfortable and don’t push it even if you itch for it. Easier said than done but I knew I was prepared to do well.

I looked at the time I had to do in every mile. I looked at what I had to be doing every three miles. I took a closer look to the course mile markers and told myself I can do it. The day of the race I was confident I was going to have a great race. I had not taken a race so seriously since 2014 so it was a special day. After jogging, stretching, hydrating and getting into my corral, I was ready.

The gun went off and so did I. My biggest fear was to feel I went out too fast, but I held myself back and ran easy in the first mile. Before I knew it, I was on target after the first 1600 meters. I started running with a pacer and a group that was aiming for the same goal. I knew I just had to stick with them. The second mile felt easy as well. It was the next two that felt a bit rough. After skipping the first water stop, I took water in the second one. I skipped the next one but felt that was a mistake. By mile five I saw I was slightly ahead of my goal so I held back even more.

I kept running within myself. By mile six I was supposed to see a friend. That is the toughest part of the course with a bit of rolling hills. I saw him and that gave me the boost I needed to keep going. Shortly after, I saw a group of spectators with a mexican flag, there came another boost of energy. By mile eight, everything was going well. At that point I only told myself “don’t mess up”.

I’ve done some races where I mess up in the last few miles. That day was not the day to take chances. I knew that if I kept it together until mile 11 I was going to make it. At mile 10 some people within the group started making moves but I still told myself to stay back and relaxed.

At mile 11, I felt I could go faster but decided to hold on at least another half a mile. That’s exactly what I did and halfway through mile 11 I pushed away from the pacer slightly. I kept hearing their steps. At mile 12 I wanted to see if I could go even faster without burning out. I was averaging 6:40 per mile and ran the last one in 6:15. My finishing time was 1:28:53 with some energy left in the tank.

I still can’t get over what a great race that was. I wanted it so bad I did everything to get it right. I tried some new things during the race and everything worked out. It was not my personal best but it felt like one. It was my confidence booster for the next 35 days of training.

Now, heading into the last month of marathon training, I know I’m on the right path. Today, I am really starting to believe that running a marathon in under three hours is possible. I am doing the work, putting in the hours and effort but most importantly, being smart about it. Coaching myself and getting the results I want is a great feeling. I can’t wait for the final test, the Rotterdam Marathon.