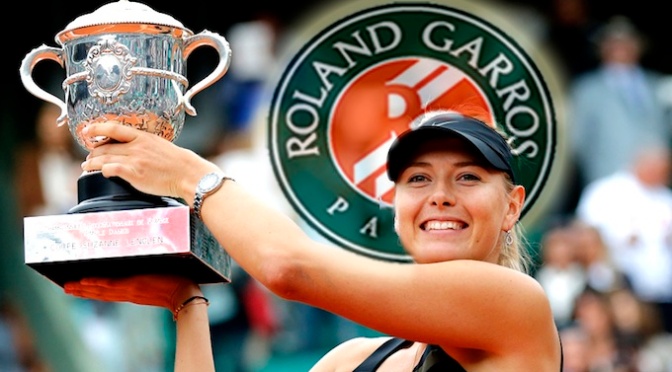 The clay of Roland Garros in Paris, France awaits for most of the best tennis players around the globe and the action starts on May 24 for a full two weeks of action. The second Grand Slam of the season which is a highlight in the world of tennis since its inception in 1891 has a lot to offer this year.

Rafael Nadal has been for a long time the favorite coming into this tournament. He has nine titles in this courts that go back to the early 2000’s when he constantly took down Roger Federer. This time the Spaniard has been the first to accept that he is not coming in as strong as he wanted. Experts say that is he is gone in the early rounds we could be witnessing the beginning of the end for the former number one player in the world.

Novak Djokovic is next in line to take over as the new icon of this tournament. The Serbian player has learned to play here as well as he does in every other surface. It is the only major tournament that does not have his name under the champion’s list. His eleventh attempt seems to be his lucky one. Both Adre Agassi and Roger Federar had to wait the same amount of years to claim their first title in the French capital. He has been a runner-up twice including last year against Nadal.

It seems unlikely that a man from France is up to what the locals want to see, a Frenchman claim the title. Jo-Wilfried Tsonga is their main figure but he is not ranked within the top-10. He has an «easy» road in this tournament but his onw temper is usually his main opponent when it comes to playing in key moments. Ever since 1983 that the title has not stayed at home.

Kei Nishikori is among the biggest threats to surprise those expecting to see anyone else but him win the tournament. The Japanesse player is ranked 5th and has been consistent on his game over the past. He has won two of his nine titles as a professional this year, including his win at Barcelona in April.

The women’s side is always more unpredictable. Right now Serena Williams is the favorite to take the crown from the courts of Paris since she leads the WTA Rankings. Her biggest threat is the reigining champion of Roland Garros, Maria Sharapova. The russian star has won it twice but never back-to-back. Serena won it for the first time in 2002 and had to wait 11 years to see herself on top again in 2013.

Indian Wells winner Simona Halep has had a steady 2015 but has not been too strong. In most of the tournaments she has participated, she will most-likely find her way to the semifinals. She has won three tournaments this year but when she faced Serena in Miami, she lost. She could make some adjustments to her game and surprise many in Paris this upcoming weeks.

The most popular women on the tour are also ready to go!

If you thought that it would be hard for a Frenchman to win it, on the women’s side it could be deemed impossible. Their best player is ranked 29 and goes by the name of Cornet Alize. This 25-year-old player would love to become the first French woman to win the title since 2000. The path seems hard, but in women’s tennis almost everything can happen.

Among the best matches that kick-off this tournament are the ones between Roger Federer against Alejandro Fala. Christian Lindell has a tough task against Tsonga in his first game of the tournament. Simona Halep will face Evgeniya Rodina as the first game in Phillipe-Chatrier Court. It’s definitely going to be a good one. Everything starts this Sunday and ends on June 7.