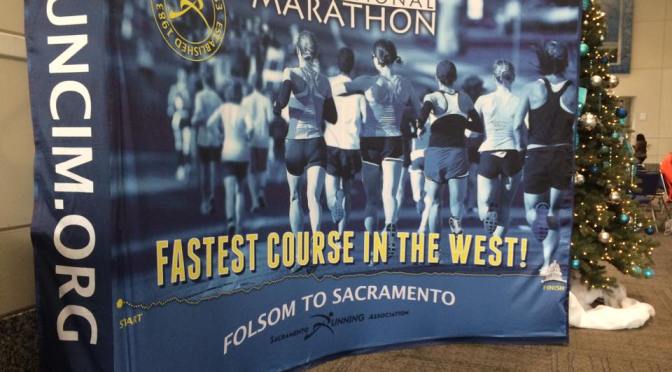 Once again it took guts, once again it took pain, but once again I reached for glory. It definitely never gets easier, you just start to believe in yourself a bit more every time you do it. I am now a six time marathoner and even though it was my slowest one, I can end the year having done something I had forgotten about in 2013, cross a marathon finish line.

When I ran my first 26.2 mile race back in 2009 I had no idea what I was gettig myself into. Exactly five years later I am fully aware of what it takes to do something like this. Different to the past five experiences, due to my long hours at work and school I had stayed away from running for a long time (on my standards). Running two-three times a week was a miracle and going over five miles was not that easy. With that being said, I had a lot to work on when I got back to running back in July aiming to run a marathon by the end of the year and dreaming of a Boston Qualifier performance.

I don’t choose race for their prestige, I come up with the decisions based on the weather, the altitude, the size of the field, if there are pacers and the type of course, hoping it is as least boring as possible. The California International Marathon met most of my requirements but what made it shine among other options was that is was considered one of the top B.Q. races in the country.

Little did I know about Sacramento except for it being the capital of California. When I watched the video of the course I saw rolling hills and a flat end. It would be my first point-to-point marathon so that would make it interesting. I tried to keep some element of surprise alive by the time I got there so I kept my research on the place once the decision was done to a bare minimum.

Training started well but it had an abrupt pause at the beginning of October when I tore my left hamstring and groin at the same time. That really put into question if I would be able to participate in what I considered my last big goal of 2014. Fortunately I was able to push through and declare myself ready but I did have to give up on my idea of going for Boston.

Once race weekend approached and I arrived to Sacramento I was happy I was there but really nervous of how my body would react to a big race after a very irregular training. I was not nervous about finishing, I was nervous about how I was going to finish. I liked the scenery, so I tried to feed off that and I also liked it that it felt like a small marathon. Going to San Francisco for a short visit two days before the race trying to make the most of my trip to the heart of California.

Race day came and for me it started at 4:20 am. At that moment I woke up, changed into my running gear and my extra layers to stay warm and headed out the door towards the bus stop that would take me to Folsom, where the race would start. I tried to sleep during the 30 minute ride but ended up just daydreaming about what was ahead. Once we got there you could feel the beginning of the end. This journey started even before I signed up, it began the same day training did.

The race started just a few seconds after it was scheduled but the distance ahead stayed the same. The first mile went by quickly and that was good news, the worst thing is to have the first mile feel like three or more. I clocked the first 13 miles within five seconds of each other. I was feeling good and enjoying the rolling hills. My injury did not bug me for the first third of the race. Once I reached the middle miles I was extremely confident I would finish and that I had a chance to run my fourth fastest time. I just had to keep pushing.

I believe it was around mile 18 when it sank in that I was running in a fast marathon. I had not seen many people walk or cramp as I had seen past the halfway mark in other races. It was just a matter of about an hour to get done. I passed mile 20 and halfway through I thought it would be a good idea to walk and recharge energy for the last five. Huge mistake!

It was impossible to regain a solid pace for the rest of the race, it took me forever to run again and when I did I cramped twice in the same leg. I now think I should have kept running even though I was already over the 8:00/mile mark. That would have saved me at least ten minutes and probably a sub 3:40 finish. 3:52 was my finish time. A race I was proud just like any other marathon to finish but upset I did not try my very best. I was glad my injury did not come into play as bad as I thought it would.

Just like any other race there are many lessons learned from this one that will help me for the next one. I now remember what it feels to run a marathon, to get to the halfway mark feeling good and to get to the wall still with some energy. Yes, the next one will be much harder. My halfway split needs to be ten minutes faster and my marathon time almost an hour faster. For now, enjoy the accomplishment, let my legs rest and get ready because in 81 days I will do it all over again. Maratón LALA 2015, you are next!